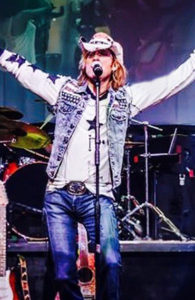 He has recorded and performed with some heavyweights of the music industry, including Shania Twain, Slash of Guns ‘n’ Roses, Vince Neil of Motley Crue, and the Beach Boys. He has also toured and recorded as the new singer for the legendary Bay City Rollers, featuring Ian Mitchell. Eric is known for his dynamic live shows, and three-octave range. Eric’s talents don’t stop there; he also a professional actor. While in LA, Eric landed roles in hit films like Wayne’s World where he played the “guitar salesmen” (No Stairway to Heaven) and countless commercials. 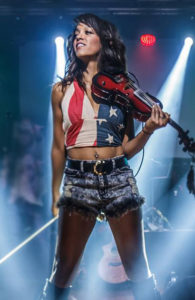 Melissa Barrison is a master violin/fiddlist. She is a classically trained musician, but loves to show off her country roots.

She has worked with many wonderful musicians, and is a truly gifted. The best way to describe her playing is, dazzling, intense, and expressive. The music moves her, and creates a performance that radiates through her body and soul. 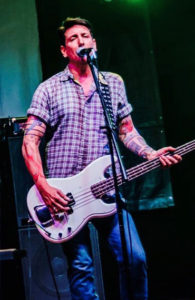 Shawn Casillas  is a master country/rock bass player. He is a great showman and loves rocking on stage. Shawn’s harmonies are magical and help create the amazing full sound of the Young Gun’s band. Shawn’s feel, and power keep the band grooving all night long. 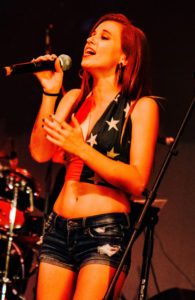 Melody Ebner is a tremendous talent. With her gorgeous voice, beautiful harmonies, and sweet stage presence, she is a wonderful part of the show. She has been singing professionally for many years, and ignites audiences as she performs around the country. Melody is also a multi talented musician. She demonstrates this as one of the Young Guns with her guitar playing, dancing, tambourine, and rhythmic percussion. Melody lights up the stage with every performance. 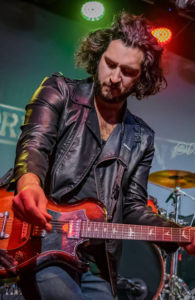 Steve Crowle is a true guitar virtuoso. He has years of experience playing in Nashville with touring recording artists and national acts. Steven is an outstanding guitar player, but it is his love of county music and rock that make him the perfect fit for Young Guns. His passion and stage presence are electric, and his vocal harmonies are stellar. 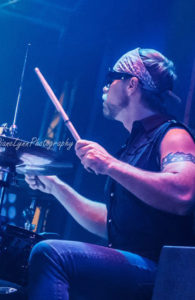 CJ Burton has spent most of his life behind the drum kit. Playing theaters to arenas across the world. Past touring endeavors include drummer for Air Supply, which spanned the better part of 5 years, playing 140 shows per year.

CJ’s is now paying tribute to the great Chris McHugh in the Urban Legend Show Band. 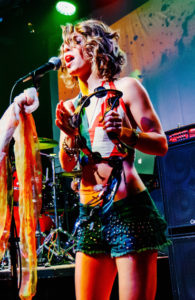 Xandra is a contemporary pop/country artist and performer. Her passion and pursuit for creative expression has taken her around the globe, where she has worked with some of the world’s leading innovators in music. Xandra’s powerhouse voice and universal stage presence have wowed international audiences on stage and radio for years. In addition to voice, Xandra has also worked as an actress, dancer, and model. She has appeared in principle roles on network TV shows, films, commercials, videos, radio and hit records.